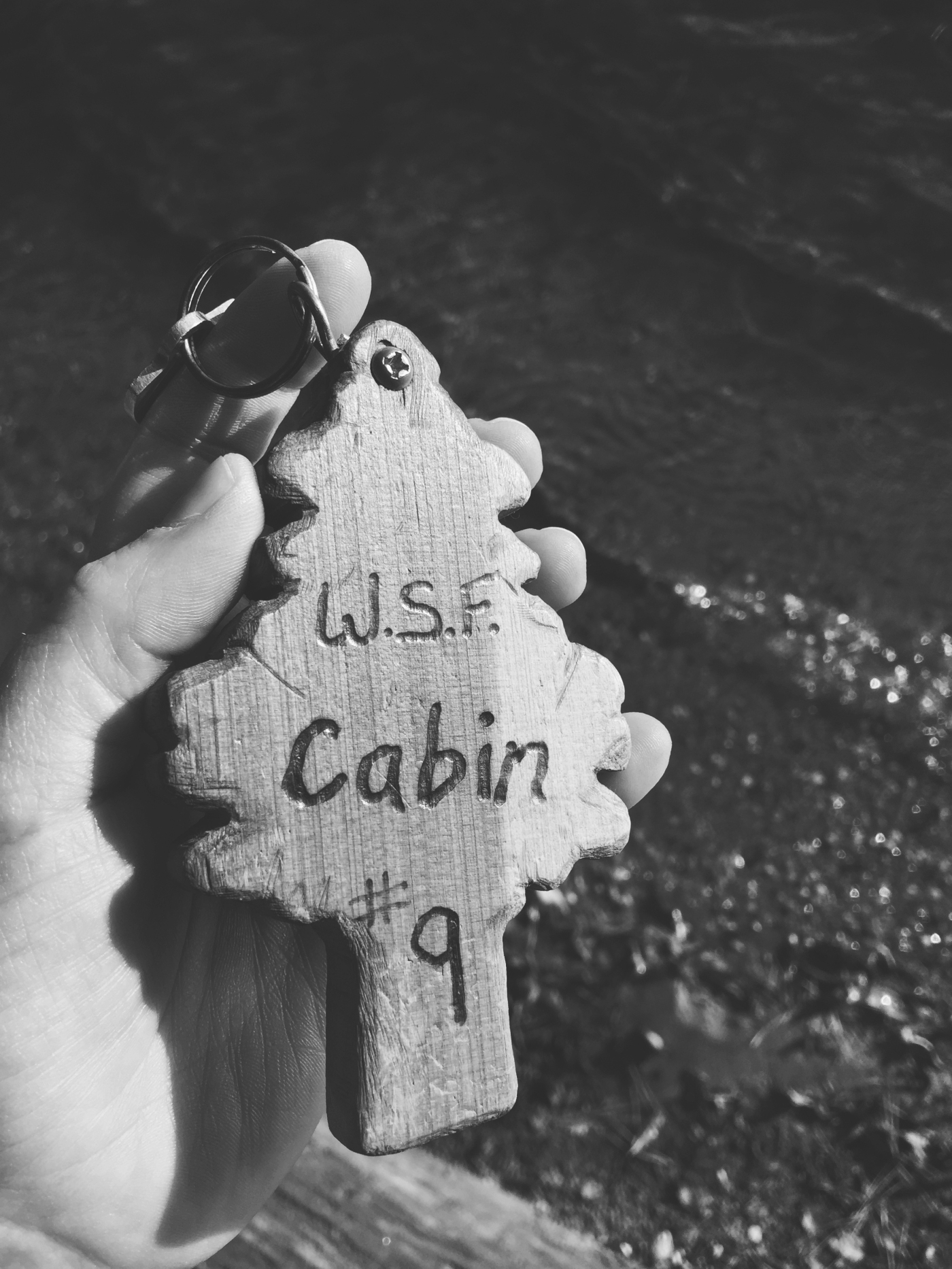 Matt and I rented a secluded cabin by Atsion lake. The day was really beautiful, the weather was perfect. The cabin was way better than I could have hoped for. It was huge and had six rooms. It was a true log cabin with a screened-in porch with a view of the lake, it looked super rustic and old school. I loved it and felt so excited to spend some time looking out at the pretty lake on the porch.

We jokingly went to look for the Jersey Devil in the NJ Pine Barrens over that weekend. Its not in our nature to believe in any super natural things, especially a winged goat devil. But it was fun to research the stories about the mythical monster. We even geared ourselves up on cheesy documentaries and even an old X-Files episode on the NJ devil.

I always heard that the Pine Barrens were scary but I was skeptical. I didn’t believe in any of the hype and Matt and I  didn’t find the Jersey Devil, but something did find us.

The night passed quickly with a campfire near the cabin. I couldn’t believe how dark Wharton State Park got at night. I am used to street lights and lots of neighbors within shouting distance. You really feel secluded out in the forest and the dark almost made you feel claustrophobic because you couldn’t see past the fire.  I kept looking back at the cabin and seeing the lights shine through the windows, you could see everything. I imagined how creepy it would be if I saw someone standing in the window. 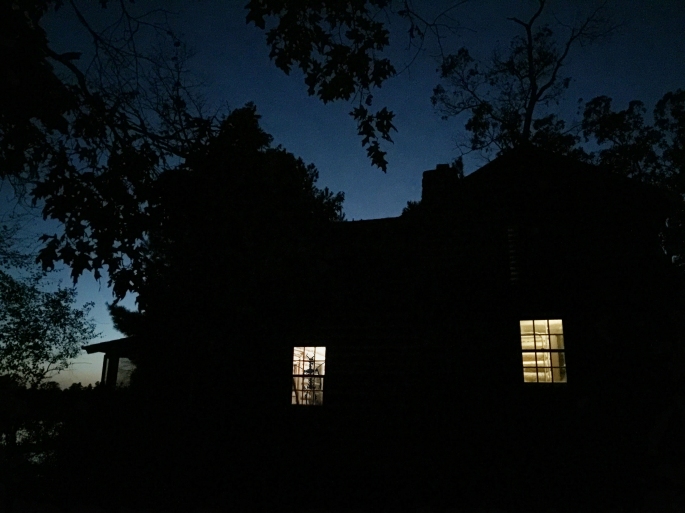 We passed the time by telling ghost stories, kept the fire going and drank Pumpkin Ale. Way too many roasted hot dogs later…It was time to settle in and get some sleep.

We picked the back room on the second floor.  I had already done a walk-through of the cabin, but I still checked the closet in the corner of our room. I wasn’t scared but still wanted to be extra certain nothing was hiding in the closet. At that point, I felt safe in the cabin and it felt almost like home. I was already planning on future trips to the cabin in my head and there was no way we were not coming back here.

The temperature had dropped from 80 a few days before our trip to well below 50 degrees each night. I woke up because of how painfully cold I was. I grabbed the lantern and headed to the bathroom downstairs. The cabin was so dark, and none of the windows had curtains, so I felt almost watched crossing by them. I still didn’t believe in the NJ Devil but I couldn’t help feeling like something had changed in the way the cabin felt during the day.

I fell asleep for a few hours but woke up really cold again even though I had turned on a space heater. I felt around for the blanket that was now off of me. And noticed a light on the ceiling above us. I knew we had turned off the lights, the cabin was pitch black besides this glow above us. I had used a lantern to find the bathroom hours before so I knew no light should be on. But this “light” by the ceiling was too dim and wasn’t omitting enough light to see anything but just it in this dark room. It was in the area of the ceiling lamp but not connected to it, and I remember trying to rationalize why I felt like something was off. I fell asleep thinking to myself over and over “it’s pretending to be the ceiling light. It’s pretending to be a light bulb”.

I talked to Matt in the morning and right away he started telling me about a dream he had while he was half awake. He told me that it felt so real. He Woke up at a different time than me, to a light emitting orb floating across where we slept. He had felt  something trying to pull us apart, and physically pull him off of the sleeping pad onto the floor. While laying flat on his back, all he could focus on was the light above the room glowing as if it were on a dimmer switch, slowly growing brighter.  Matt explained that as he had become aware of what was going on, the dragging stopped and the light was dark.  Matt swore to me he felt that he was being pulled across the bed, and by not being in a deep sleep, he could feel everything.  The ceiling light was exactly in the same spot he spotted it’s illumination from.  Yet when awoken, everything was quiet and nothing was unchanged or out of place.

The Wharton State Forest visit was definitely enjoyable and I can see us going again even after this unique experience.  We certainly weren’t expecting anything supernatural within our cabin, and with the hype over the Jersey Devil, the eeriness of the cabin was certainly overlooked.  With being caught off guard, its certainly normal to rationalize odd occurrences as mere dreams and mind trickery, but it can leave one second guessing themselves in any given vulnerable moment.  Visit Cabin #9 if you dare or seek your own haunted adventure.  Regardless of what you get yourself into, just remember to Custodi Exitus.