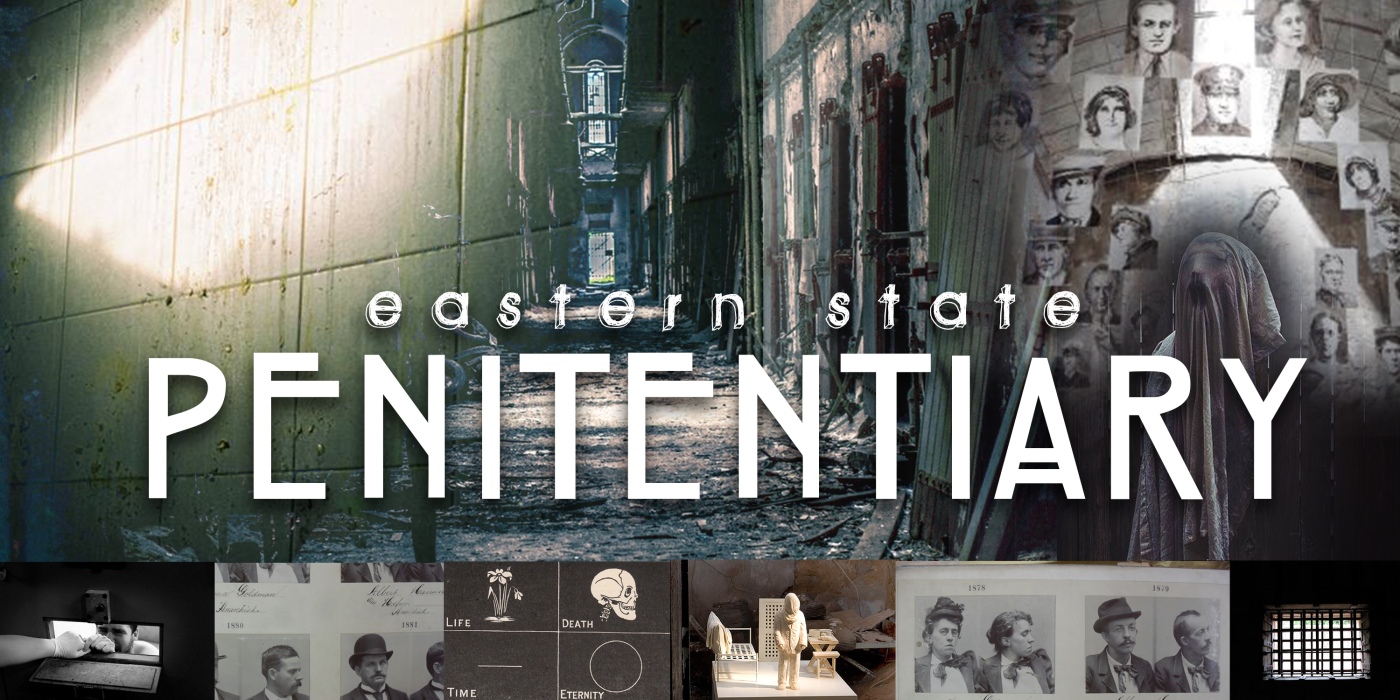 Our visit to the most haunted building in America 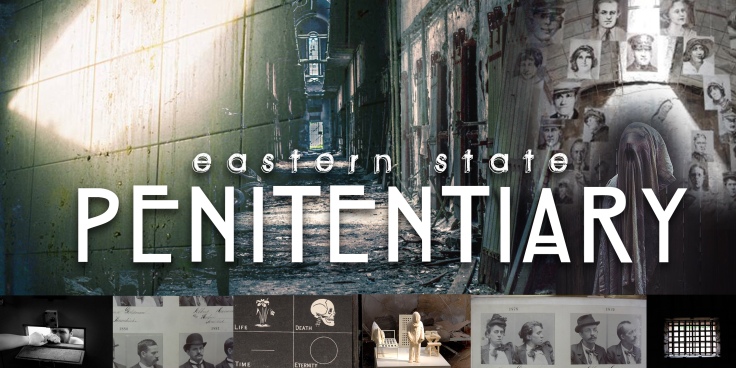 The Halloween attraction, Terror Behind the Walls, makes for a fun event but the real truth and history documented inside the prison becomes the real true horror.

In the year of 1829, Eastern State Penitentiary opened its doors and soon became one of the most famous and expensively made prisons in the world.  ESP established running water and electricity even before the white house received those commodities. That being said, the establishment was anything but homey.  It’s design was driven by the minds of Quaker religion fanatics that wanted to induce a feeling of regret and pertinence within the hearts of the people sentenced to stay behind the walls.

As you walk up to the building you feel a real tangible dread which is not an accidental emotion. The outside of the prison was intentionally made to look intimidating with thick impenetrable walls that look like they belong to an ancient castle in Eastern Europe. Imagine getting dragged to that building and seeing it for the first time, and not knowing what could be on the other side.  To make matters more terrifying, an eyeless white hood was thrown over an inmates head to limit any visual plans of escape that could be constructed later.  Only then, a prisoner would be taken through the gates. 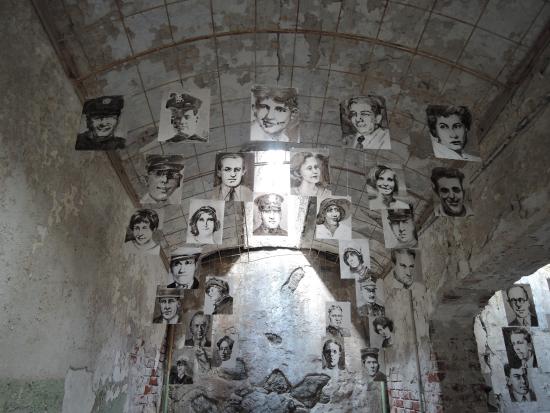 This massive structure was built on a cherry orchard outside of the heart of Philadelphia and the city grew around it.  The developers in charge of plans and creation of the prison belied that crime was a moral disease.  Its interesting to wonder what would be thought of the pubs lining the streets across from this stone monstrosity over a century later.  The Quakers believed that the only way to cure the disease was to starve it out and to eliminate all social interaction so prisoners could reflect on their crimes. 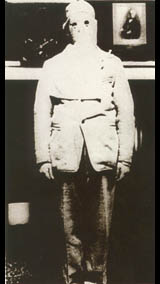 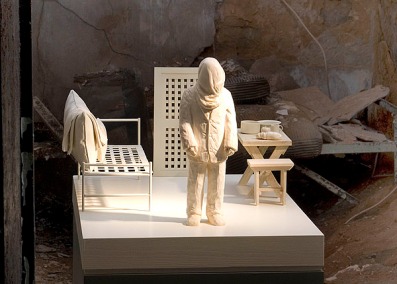 To coax the regret from the prisoners, Eastern State adopted the Quaker method of complete isolation. Prisoners were isolated every second of every day they didn’t exercise together, and they weren’t allowed to socialize in the yard.  Inmates wore hoods whenever they were out of their cells getting escorted through the halls.

The prisoners were alone in their cells all day to reflect on every aspect of their lives. The effects of solitary confinement these days is well known and it’s not as commonly used anymore. It can cause extreme anxiety, hallucinations, losing touch with reality, suicide, self harm, and overall it educes mental illness.

The entire prison was designed with religious Quaker fervor. The cells all had vaulted ceilings, with the only light coming into the cell from a single skylight slot that they intended to be the eye of god that was always watching.  The prison was made of seven wings of individual cell blocks radiating from a central hub. The eye of god represented again. The building design could contrarily come off as occultist themed. All of these souls in the wings funneling into a central eye.

The prison was packed to the gills and it was originally intended to hold 300 prisoners comfortably.   It was eventually forced to hold over 2,000 at any given time. More cells were built below ground and conditions were even more dire. These underground tombs were completely dark, no windows, no lights, and no plumbing. Only you and your cell. Prisoners were left alone to rot like the building around them. Over its history,the prison held over 75,000 doomed inmates.

Among the worst things discovered about Eastern State Penitentiary was the other less known reform techniques they used.  According to NPR,  a method called the water bath was used on inmates, dunking them in freezing water and hung out in the cold air until ice formed onto their skin.

There was also the MAD CHAIR. A restraining chair used that was used to restrain inmates. Sometimes the restraints were too tight and limbs would later have to be amputated.

There was the iron gag, in which an inmates hands were strapped behind their back and an iron collar was put in their mouth. This caused any movement to tear the tongue and mouth causing them to bleed profusely.

Last but not least… there was the HOLE or Klondike as the inmates called it. If you were particularity violent you would be sent to the Klondike which was built underground under cell block 14. It was pitch black, it was hard to breathe, and you didn’t get much food. People there said it was like a prison within a prison. You could stay there alone in the dark for days, some months. 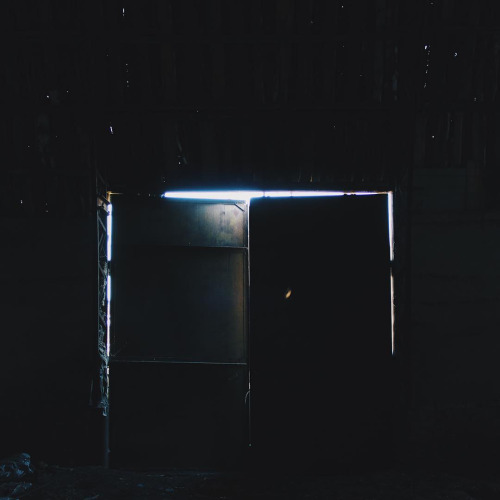 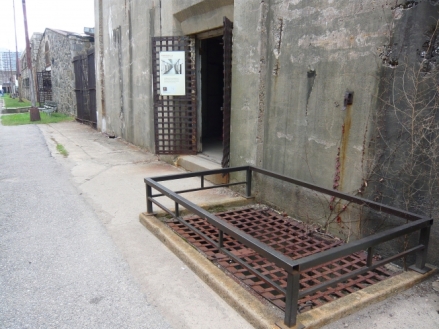 Eastern State Penitentiary closed in 1971. The only inhabitants were stray cats for years.

Less than 50 years ago, you could have been sent to live in one of the most haunted buildings in America.

Eastern State was declared a historic landmark in 1965 and now you can walk its halls. Without a hood! Eastern State is said to be truly haunted.

“Cellblock 12 is known for echoing voices and cackling; Cellblock 6 for shadowy figures darting along the walls; Cellblock 4 for visions of ghostly faces. Many people have reported seeing a silhouette of a guard in one of the towers. Footsteps. Wails. Whispers. The same stories, over and over again.

One of the most legendary tales comes from Gary Johnson, who helps maintain the crumbling old locks at the prison. In the early 1990s, he had just opened an old lock in Cellblock 4 when he says a force gripped him so tightly that he was unable to move. He described a negative, horrible energy that exploded out of the cell. He said tormented faces appeared on the cell walls and that one form in particular beckoned to him.”

The team visited this Penitentiary on Halloween night and went through 6 haunted attractions. Halloween is the time of year where the spirit world and our world are the closest, so it seems almost like tempting fate to visit ESP on that day.

Terror Behind the Walls – The haunted houses were really fun and it was genuinely creepy. There were a ton of jump scares and the actors looked amazing. When you first walk in you are given the option of wearing a tracking device. That device lets the actors know that they can pull you aside and isolate you from your group. We would see these poor souls taunted and taken away. Later we saw one of them on the floor in one of the haunted houses with people holding them down. It looked intense! I would definitely recommend this attraction to anyone in the area. One note, definitely pay more and get the quick pass. The lines are long, and if you pay just a little more you can be moved to the front of the lines… It was definitely worth it and you felt kind of like an asshole for just getting to walk by all of the long lines, but it made the night go much smoother.

What I found to be the scariest times were when we were just allowed to look around at the prison. They opened up a wing of the penitentiary where Al Capone’s cell was. There was a tarot card reader, a singer, Yards Beer, and amazingly enough, you got to see Al Capone’s cell.  This area allowed for walking inside actual cells, and you couldn’t help but marvel at the building, guard towers, and dark halls that stretched into dark nothingness.

It was eerie to think about some 75,000 people being imprisoned in this building and all of the agony of being locked away.   One can really respect the memory of everyone who was there, guards and prisoners alike. It’s hard to imagine that the place isn’t haunted, and something has to be left behind from all of that strong emotion.

If you are ever in the Philly area, check this place out. They have daytime prison tours throughout the year and without all of the Halloween tourists and distractions could make for an even scarier and more personal experience when you visit.