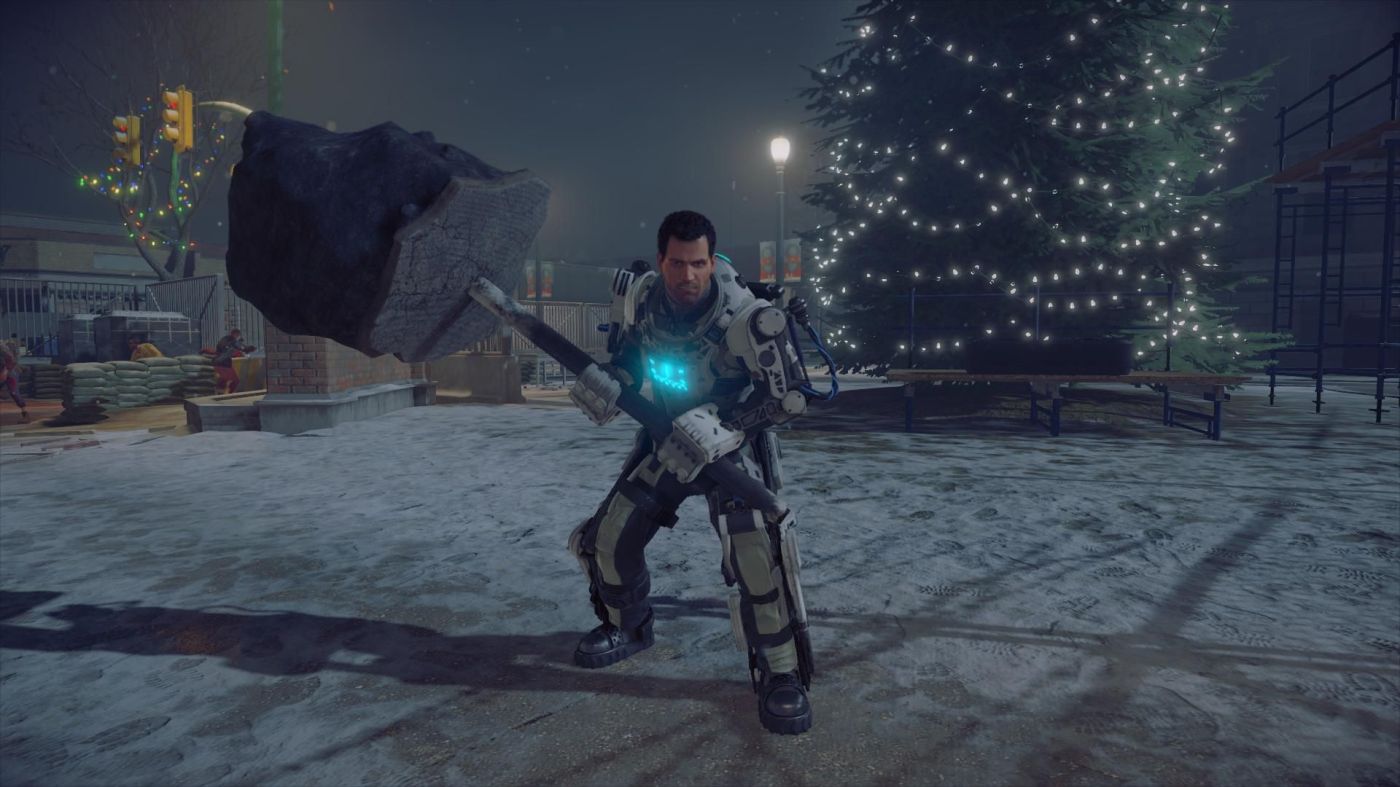 If you’re looking to brighten up your Christmas Spirit and enjoy some seasonal gaming, then you’ll have to try out these Holiday Gems.  From old to new and from bad to good, there are not as many games dedicated to the holiday month which is to be expected.  However, of the ones we found, here is the list of what will keep our Christmas cheer levels high.

Don’t remember when this one takes place?  The doomed black Friday in NYC that put everyone in lockdown from a killer airborne virus has come around with its new survival mode that released this Thanksgiving week.  Say what you will about the game and its dwindling fan base,  there are significant points towards its cooperative gameplay modes that warrants another look this season.  Enjoy the harsh winter in New York as you battle against warring factions through the boroughs as the game unmistakably makes a statement about consumerism during the holiday.  Entire masses of crazed shoppers during the Black Friday Sales can leave significant national security vulnerabilities in terms of Bio-Terrorism.  Happy Shopping!

Both funny and gruesome, the holiday twist to this game from Viscera leaves you with the knowledge that Santa has to get the hate out in the workplace sometimes and you’ll be the one dealing with the aftermath of it all.  Although, I didn’t see this available in the app store for iPhones, Steam has it on sale for less than two bucks which is within the price range of, “Why not?”.

Saint’s Row 4-How the Saints Save Christmas

As ridiculous as this game is, this DLC warrants a place in the list.  Originally released on the last gen consoles, this game dedicated  a whole DLC story to the holiday as it’s up to you to save Santa.  Reviews are mixed, but at least it’s something to try, and this sells on the Playstation Store for $6.99.

Bethesda certainly deserves a mention in this list because even modest glimpses of holiday flare in our beloved RPGs is enough to get us in the spirit.  Last year’s Diamond City makeover was a surprise update from the developers and now that the consoles are mod eligible, we’d love to see some holiday mods come arise for these games.  Imagine Dovahkiin Santa Armor and let’s make the commonwealth a winter wonderland!

Saving the best for last means our favorite Zombie slaying series, Dead Rising.  This installment hits stores December 6th and could be the latest full-length console game enveloped around a Christmas setting to date.  Note that Microsoft has its hands on releasing to XBOX One and PC only for the time being.  Bring the fight to snowy Colorado as another Zombie outbreak needs investigating by no other than Frank West from the original Dead Rising.  This certainly looks promising as it gears up to bring back the familiarities from the original game, although, the timed element will not be present for the first time in the franchise.  This surely will be the most entertaining and relevant Christmas game for the holiday’s and Christmas 2016 won’t be the same without it.

We hope this list is agreeable with you this season, and nonetheless, Happy Holidays!