Let’s face it, you have no idea what to get them, but you still want to pull off getting an impressive gift this holiday.  This list thinks outside the box a little while keeping the budget reasonable and pulling it off late in the game.  There are items on here that fit all of your last-minute time frames from catching the last expedited shipping date options to literally minutes before you have to hand out presents on the 25th.  Whether or not you think this list is shit or not, you’re running out of time and some advice would be to pull the trigger already.  No! I don’t mean kill yourself! Even though getting wrapped up in this superficial nightmare could make people want to, there’s no point in getting stressed out over it if you’re into this gift-giving kind of thing.  This list isn’t in any particular order, but keep in mind some ideas will require more time than others.  Here’s what we’ve got: 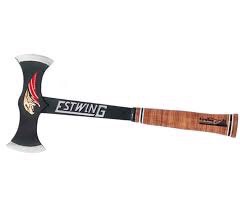 See if you can make anything work from this list or, at the least, maybe this heads you in the right direction.  Otherwise, there’s always gift cards and alcohol!