Alien Isolation – 2014
Ok this one is a given! Alien Isolation was one of those games where I played it for a few hours, got frustrated at all of the stealth required and I moved on to another game. I now realize that doing that was a massive mistake. After seeing Alien Covenant, I knew right away I wanted to dive back into the game and I am so happy I did! If you love the Alien movies, especially the first film Alien, this is a must play. It offers more than 20 hours of tense gameplay that will have you joyful that you are safe at home on Earth. 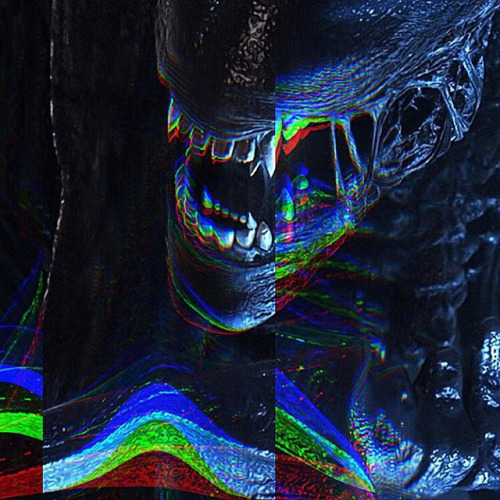 I played Alien Isolation obsessively for an intense week and have been having stressful nightmares set in the space station ever since! I will have one of these nightmares and wake up and thank God that I am not really on the space station. Haha, this game has gotten to me on a very deep level. I finally finished it and I feel like its one of those games that will be etched into my psyche forever. Not only because of how challenging it was, but how many intricate details from the movies made it into the game. Also, the AI is so unpredictable and I screamed and jumped while playing frequently. After playing this, I need to get back to Skyrim so I can fucking relax! I need a break! Don’t read any further if you haven’t played this Alien Isolation yet!

For this game coming out in 2014 it looks damn impressive! The graphics are excellent, the lighting alone is magnificent. The photo realism also adds to the game because you really feel like it is all happening right in front of your eyes. It’s stark reality. It just so happens that the reality is that you are stranded on a space station with a ton of malfunctioning androids, humans that will shoot you on sight, and an alien that will not stop, will not die. It’s awful and wonderful. The atmosphere and commitment to the original tone of Alien is so well executed in this game. The music, all of the sounds, down to the squeaking of your shoes, is exquisite. The voice acting in the game, the voice acting in the crew tapes from the Nostromo, all of it was fantastic.

When you find the tape with Ellen Ripely talking to her daughter I genuinely felt sadness. I can just imagine Ripely holding on to Jones recording this tape for her daughter to find. Heart-wrenching! If we follow the cannon of the movies, we know that Ripely never gets to talk to her daughter, and is only awoken from cryo-sleep after her daughters death. But at least we know that Amanda Ripely, the protagonist of Alien Isolation, makes it home eventually. At least she knows what happened to her mom now.

I found so many great little nods to the movies in the setting too, like a security guard with a rolled up magazine in his mouth, like what Ash was trying to do to Ripely in Alien. There are the bobbing bird toys that were in Alien sprinkled around Savastopol.

This one is unrelated to Aliens but there is an origami unicorn in one of the loot cases and it’s a shout out to another fantastic movie Blade Runner. Makes sense when you remember that Ridley Scott was the director for both Blade Runner and Alien. The game was just spot on with all of the retro aesthetics.

Ok, so good looks and retro vibe aside. The game is truly horrifying. Honestly one of the only games that scare the shit out of me. It’s terrifying when you know the alien is coming to get you and you have to scuttle into an air duct and hope it doesn’t follow you in there! Just knowing you can get attacked while trying to save spikes up my anxiety like crazy! Also, you don’t have much of a chance to even fight off the alien until later so you are almost powerless. The androids, working Joes are relentless too! Good God, it was amazing to finally get a shot gun and to take all of them out. Stealth be dammed, I want to see some android blood splatter everywhere. I’m tired of you choking me Joe. 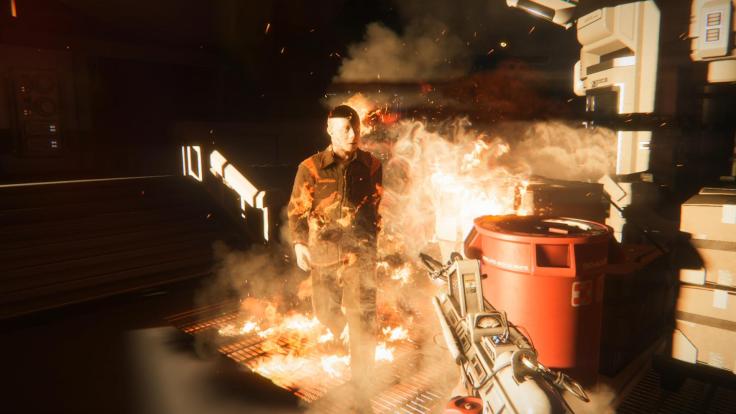 Another aspect of this game that is pretty awesome is that there is a part in Isolation where you get to go outside in a space suit on Acheron LV-426 and venture into an Alien ship, the Derelict. This is the part that felt was put in there for the fans and it felt so satisfying to venture onto the ship. It feels like you are watching a damn movie! I just wanted to scream no, don’t go in the room with the eggs, are you crazy?

I can’t recommend this game enough! I don’t even have a choice! A survival horror game that’s set in one of my favorite movie universes, in the future and I get to shoot androids in the face. Sploosh. Please God let them come out with a new Alien game. One more along the lines of Covenant and not the infamous Alien Marines game. I am still probably going to play Alien Marines, so there’s that. Ha!

I just finished Alien Isolation and the review in the video above is spot on! Give it a view if you already beat the game. The Angry Joe reviews are great by the way!

Movie – The Thing 1982
Ok, this one isn’t in space but I feel like the tone of the film is pretty damn close to an alien film. The Thing is one of the best sci-fi horror movies of all time. Period. Let’s look at some of the similarities between Alien and The Thing. You have a hideous monster that is capable of hiding in plain sight in both films. The creatures don’t just attack people they use them, infect them, transform them to meet their needs. It’s a hundred times worse than just death! In both films you also have an isolated location where everyone is trapped inside a remote location with the beasts. There is no true hope for rescue and you just have to contain the situation before the beast gets out.

The similarities just go on and on. Definitely worth a watch if you have the sci-if horror itch. 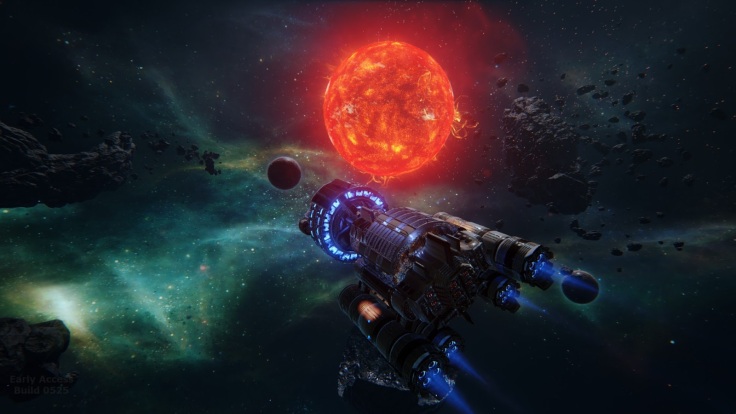 Into the Stars- PC/ Steam Game

This is not related in the way of Sci-Fi Alien horror as some of our other suggestions but the over the top strategy PC game resembles a specific key element to the movie’s overall premise, colonization.  The game may become repetetive at times but the core of this game is the best representation of what the great ship Covenant set forth to do.  Take on as the captain and get your colonists to your destination safely, collecting resources and managing your ship along the way.  There are more games with similar qualities and may excel in different aspects of the game, but this is the only game we could find where you’re solely responsible for one ship.  It’s addicting and a Steam sale will have it for under 5 bucks!

Soma –
Soma is a sci-fi horror game that was game developed and published by Frictional Games and released in 2015. You traverse an abandoned underwater lab and it feels more like a psychological horror game than anything else. If you are looking for a game with lots of emphasis put on narrative, this would be a perfect game to check out. I did like gameplay and running around the lab hearing snarling growls everywhere was scary. And for the Alien tie-in the setting did make you feel like you were in an Aliens type of setting, just underwater not space, haha. My one grip was, I did wish that there was some combat. I like feeling that I have some means of protecting myself! That is just my personal preference. Give me a flamethrower or something!

System Shock – 1994
The reboot of System Shock on Unreal Engine looks so good and if you are looking for a space game to play this has to be on the list. There is a kickstarter campaign that has already raised 1,350,000 towards this reboot so support the games you want to see people! What’s cool about this is that they are working with veterans from Fallout New Vegas, Mass Effect and BioShock to pull this project off. Check out this video to see how promising it looks. 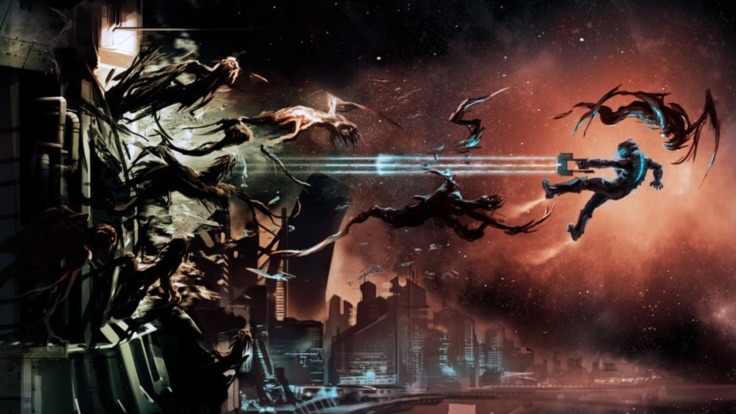 Dead Space – 2008 – 2013 2017?
Space horror? Check. Horrifying monsters popping out everywhere around the spaceship? Check. Trimming off limbs by the hundreds? Check. If you play survival horror games and are sick of just having to be a helpless victim who can’t really fight back…this classic game has got to be on the must play list. Everyone knows this game is amazing and a classic for a reason. If you haven’t played any of the Dead Space games. Just go and get it. We hope we hear something about a Dead Space 4 at E3 this year. I know the odds are thin, but it doesn’t hurt to dream.

The recent release of Prey has been praised by System Shock and Bioshock fans alike and just like the Sevastopol in Alien: Isolation, you’re on board a derelict space station just trying to make it!  Enjoy the neuro-mod upgrades you collect along the way to help fight off those pesky Mimics, but remember, not everything is what it seems here…

Routine- PC, Mac 2017?
So this one is a little weird. Routine is a first person horror game set on a moon base. And… it has an 80’s aesthetic. Ok, sold. Routine was revealed in 2012 but then slated to be released in March of 2017. But as far as I can tell from their Steam page the game is definitely not out and it seems like it could be a long while before it is. A game being delayed, imagine that! But I am excited to see this game when it comes out because it looks really cool. I would much rather wait for this game to be developed into something amazing. So the time delay doesn’t bother me at all. Also, It’s got perma death too! Ghewww, that’s going to be tense. 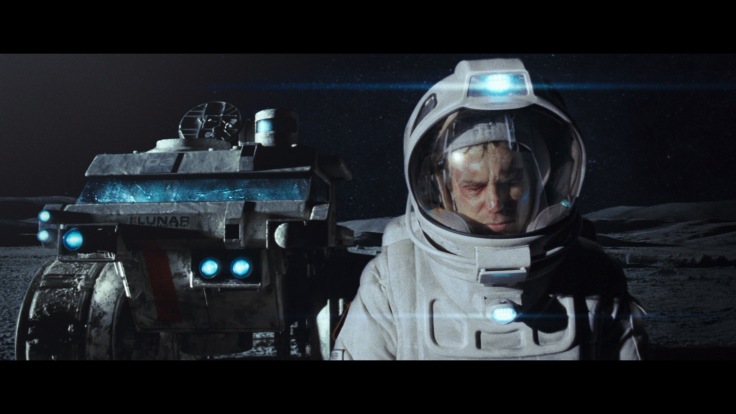 Moon – 2009
This movie isn’t horror, but it’s still damn good Sci-fi and it has to be one of my favorite movies of all time.

But seriously, I don’t want to give anything away for this one. But what I can say is that this movie is fantastic and you will not regret watching it.

Life – 2017
I am putting this on the list because I have seen the preview for this movie and it looks promising. I saw someone describe it as Alien mixed with Gravity. First part cool, last part meh. I am willing to give this movie a shot though! I am sure we will update this last when we check this one out.

So that’s it for this Aliens round up. Can you think of any games or movie we should add to this list? What’s your favorite movie in the sci-fi horror genre? Hit us up on twitter to chat with us @custodiexitus.