This summer has been great time to be a horror movie fan! Just in this half of 2019 we have had quite a few horror movies come out, Pet Cemetery, Us, Brightburn. Soon Crawl is coming out, so it is a TERRIFYING year so far, the erratic weather, the horror movies, just all of it. At Custodi Exitus, we typically only go to the theatre for horror and sci-fi flicks, because those are the only good genres, let’s be honest. The last few weeks have been notably pretty prolific for the horror genre, there was the new Child’s Play, and then a week later Annabelle Comes Home, and this week Midsommar! So let’s get into our thoughts about the movies! Because we stuffed to the brim with buttery movie theatre popcorn and thoughts! 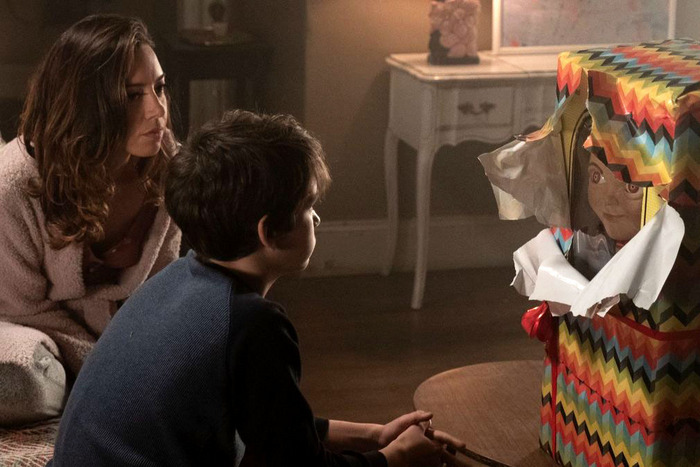 Personally I had low to no expectations for Child’s Play, because it is a reboot and the previews only elicited a scoff from me. Scoff be damned! I am really grateful that we decided to go see it because I actually liked it a lot and thought it was funny and oddly kind of sorrowful!

We actually felt like this movie was more reminiscent of a Black Mirror episode than a chucky movie. But that might be why this movie was great, it wasn’t trying to remake something that was already good, it did its own thing and it was better for it. The Buddy doll in the reboot isn’t intrinsically evil like it the 1988 version. The trouble started with the new 2019 Buddy when the doll’s artificial intelligence system was disabled by a disgruntled employee. Basically, Isaac Asimov’s “three laws of robotics” have been tampered with in this particular doll and that makes him incredibly dangerous because robots are cold, cold, black hearted machines. (Please don’t hurt us Roomba, you are an angel)
A loose interpretation of the rules that make AI safe are:
1. A robot should not harm a human.
2. A robot must obey orders unless they conflict with the first rule
3. A robot must protect its own existence, unless that conflicts with the second rule. 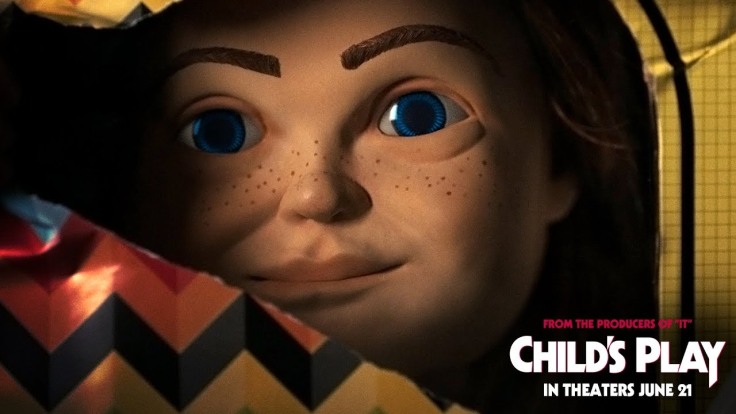 So, the Buddy in the film is almost a blank slate with no protections put in -to stop it from doing things that humanity considers immoral. Over the film you see Chucky learn from his surroundings, the kids watch a gory horror movie and are all laughing at it so Chucky thinks that gore and violence are ok. He doesn’t know what pain is or how we are entertained by violence but don’t want it in real life. The young boy in the movie is at odds with his mom’s boyfriend, so Chucky stops it by killing the shitty boyfriend (I don’t blame Chucky for this AT ALL). Chucky is almost tragic to me because he is totally a product of his environment. Where I draw the line is when Chucky hurts the cat, that I was like, oh no Buddy, you gotta go. Take off that BFF charm bracelet because you can’t hurt the kitties. The movie definitely had some complexity to it and it did make me empathize with the doll at some points. All Chucky wanted was a best friend, he just went a little far. Killing that granny in the Uber, mmm not ok. 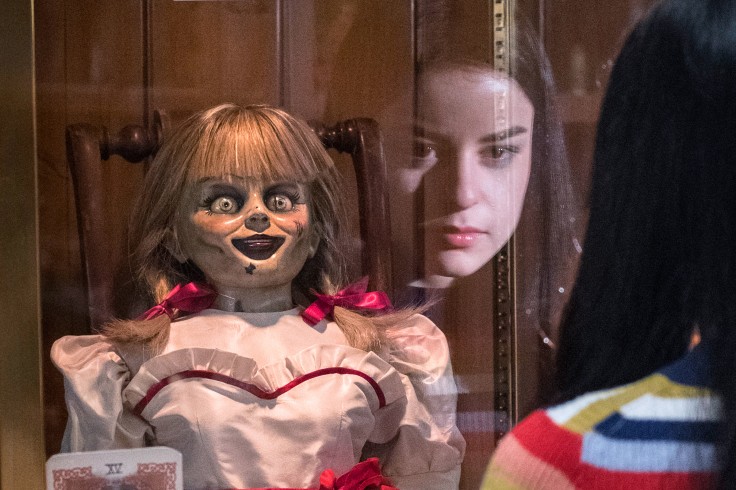 Now onto more murderous DOLLS! The new Annabelle movie, Annabelle Comes Home, was something that I went into knowing nothing but the title and of course we have seen all of the other films in this Annabelle/Conjuring world. This film was so satisfying because we finally get to explore in depth, the Warren’s possessed trinkets room! Easter eggs galore! So, the basic plot to this installment is that Judy, the Warren’s daughter is being babysat at home while her parents away. Things go awry when the babysitter’s friend opens up Annabelle’s specially made case (idiot), which unleashes the demon that resides inside Annabelle, to royally fuck shit up! Annabelle is a beacon to spirits/entities and when she/it is free to roam the house, she also brings out all of the other spooky spirits that are lurking the Warren’s possessed trinket room. We both really loved the movie and it had some really legit scary bits to sink our teeth into.

Now, I felt like a lot of this movie was centered on nods to other past films in this Warren universe, and teasing other potential spin offs that could happen. It felt like it had a lot going on all at once, and I prefer following one spooky story at a time because they all have so much potential on their own. But, I am excited to see the entities in the Warrens house because it gives me hope that they are going to make some of these into full length movies with fully flushed out backstories. There were so many interesting possessed items introduced in the film, the Feely Meely Game (very handsy!), the wedding dress, the mourning bracelet, that piano, and my personal favorite the Ferryman! This entity was by far the most promising for a spin off and I can’t wait to see what movies they make next! Even the way that this character was introduced with just an innocent pile of coins in the Warren’s room, and then to find out what those coins are from… ohhhh creepy creepy! I always hated loose change, and now I am going to double down on refusing to use it. 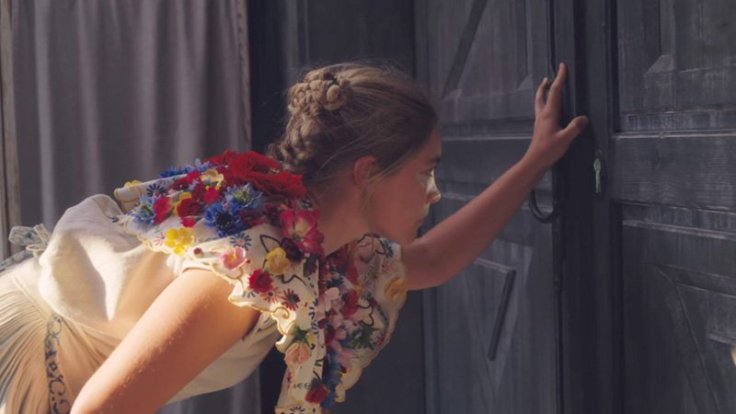 This week Midsommar is the horror movie darling. Now it doesn’t have any evil dolls, but alas it has been on our radar for a while.  We have not actually seen this one YET, because it just came out and we have jobs, haha. But, It does look very promising and I have been very excited to see the newest movie from the director of Hereditary, Ari Aster. Even just writing the word Hereditary makes me have a flashback to some gruesome neck sawing noises. Ugh! Midsommar is a pagan folk horror film and it looks like its going to be a doozy. So this holiday weekend, grab some popcorn and strap in because I am sure this movie will be a brutal one. 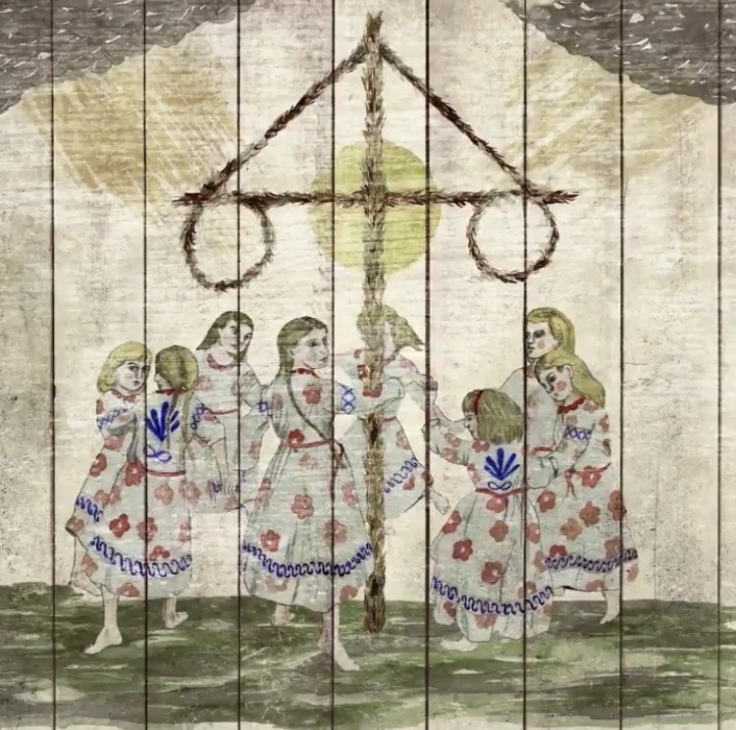 What are some of your top movies for 2019? Tell us in the comments!