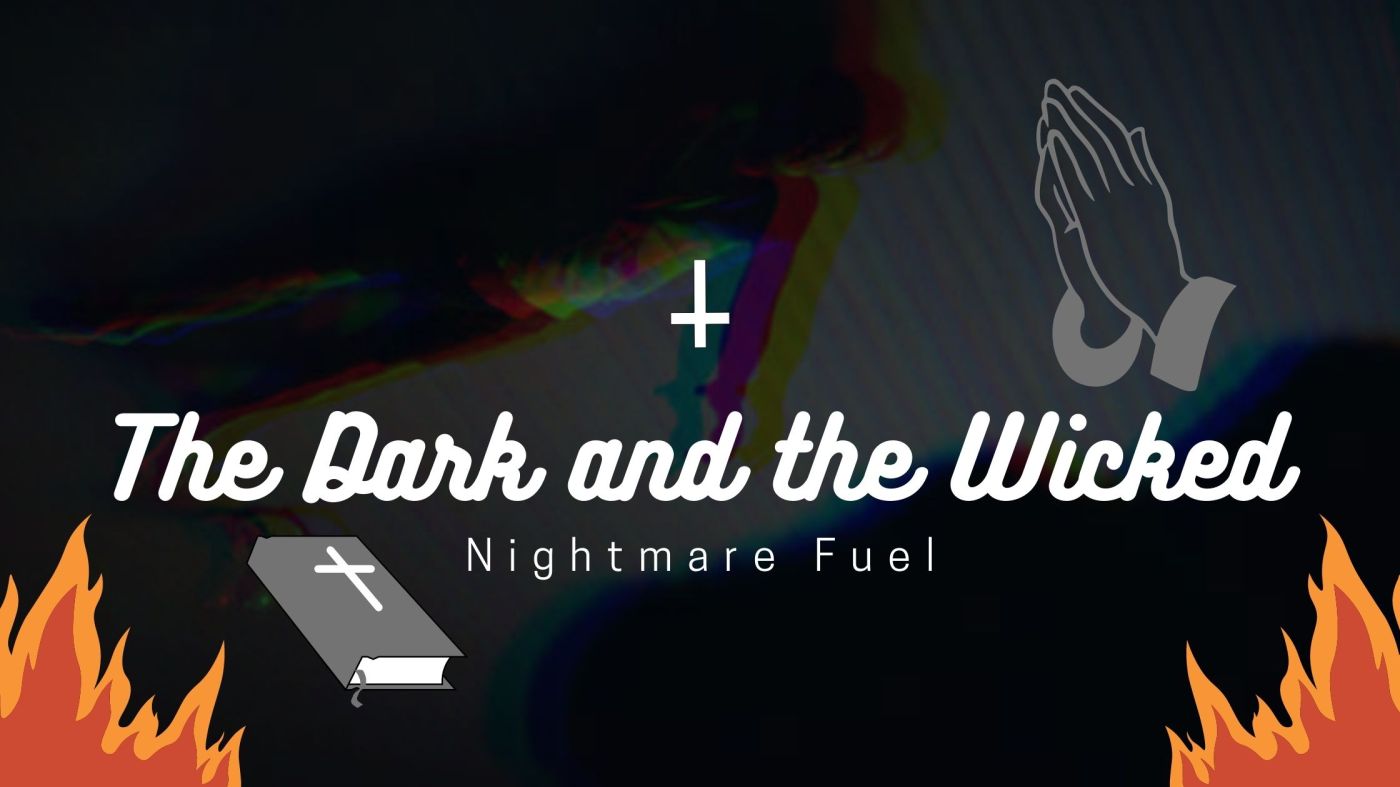 This weekend, while pursuing horror movies on Prime, we stumbled upon the 2020 horror movie, The Dark and the Wicked. Oh, what nightmares to come!

This deeply atmospheric movie was a slow burner but it was definitely 100% worth the watch. It may have been one of the scariest movies I have seen in a few years. Let’s just say, you will never chop vegetables and not think about this movie! Mama, NO! I don’t know why, but for some reason religious horror movies always seem to cut me the deepest and scare me the most, even though I don’t consider myself religious. That is what is so personally troubling about the message in this movie. One of the main themes of the film is that you don’t have to believe in evil or the devil for it to come into your life. Or as they put it in the film, “the wolf doesn’t care if the sheep believes in it.” ..Like a shot to the heart.

Now, I do not want to give too much away, because if you haven’t seen the movie, I don’t want to spoil anything and I do not want to build it up too much. But man, something about this movie really stuck with me for days afterwards! All of this coming from someone who hasn’t been scared in a loooong time from a horror movie. I am desensitized typically. But this film had a special something…the hyper realism, the plain ordinary setting, the days ticking down to inevitable doom, people not being who they seem, and a three legged bloody sheep running through a field. It all built up to quite an impactful horror movie in my opinion.

The same night that we watched, The Dark and the Wicked, we had to sit there and talk about it for at least a half an hour after. We pondered questions like what are the rules in this universe, is anyone safe, who got to keep their soul?

Two nights later, I went to sleep and had one of the most vivid nightmares of my life. I am talking full on sleep paralysis nightmare. I dreamt that a devil or demon was in our basement, it was wearing the priest from the movie’s body as a suit. In the light from the single bulb in our basement I spotted the priest standing behind me in an old mirror that was leaning against a wall. The priest had white eyes and the black wide brimmed hat. He grabs me from behind, covering my mouth whispering into my ear and I am screaming for help, trying to move my body, thrashing.

Meanwhile in real life I am screaming in my sleep trying to wake up, stuck in a half sleep, half awake state! When I tried to get back to bed, I had to force myself to stop thinking about the dark basement and the milky white eyes waiting in the mirror. It was hard to drum up anything strong enough and happy enough to chase out this wicked movie! The next day in the early morning, it was still quite dark and I was scared…scared to get up in the dark morning light to go to the bathroom! It’s been a while since a movie spooked me… and I loved it!

I am still actively trying NOT to think about the movie too hard especially before bed as I do not want to have any additional dreams. So, if you want to stare into the darkness and wonder what wicked things are there, add The Dark and the Wicked to your watch list – at your own risk!