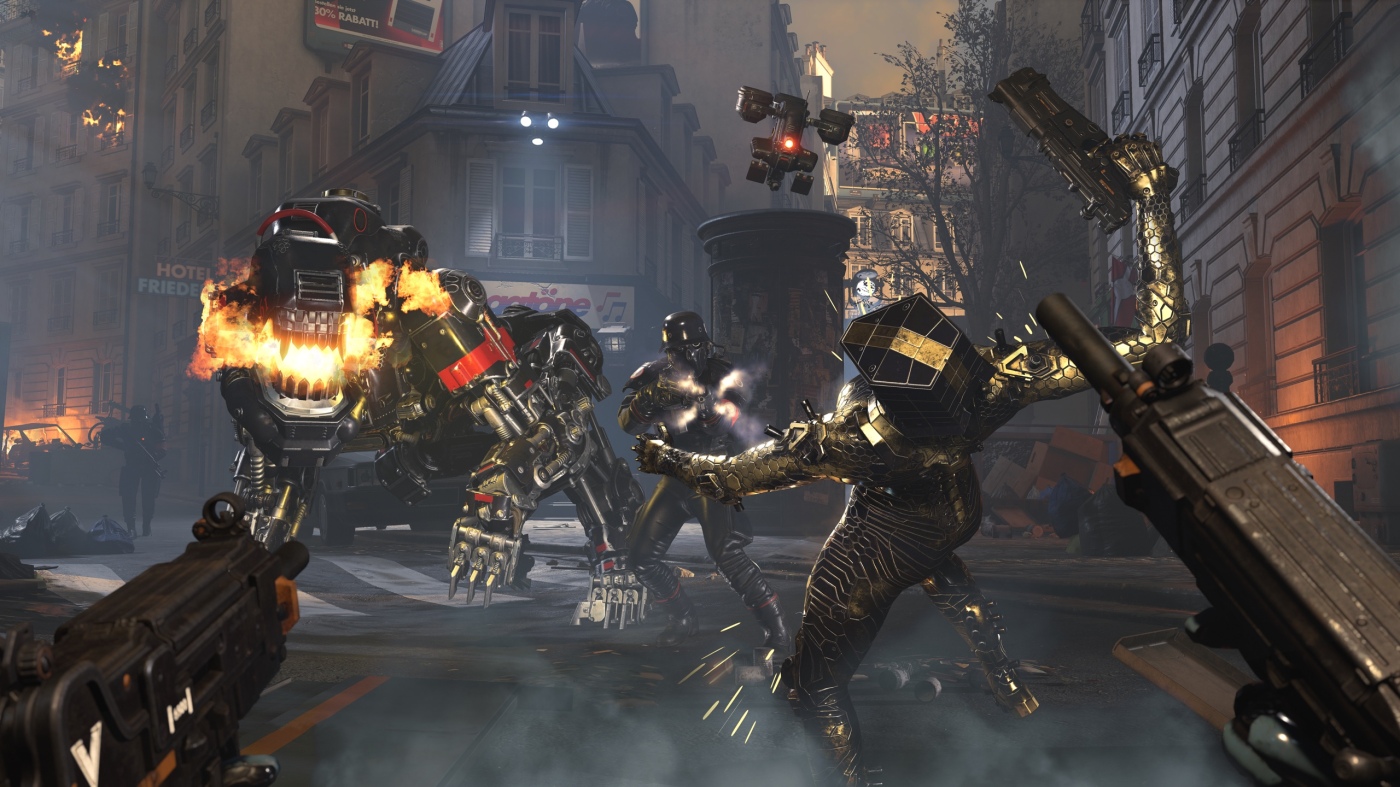 At the time of writing this, Wolfenstein: Youngblood takes an average score of 64 in reviews and the user rating is a brutal 2.6 score.  So what happened?  Bethesda took the low road and microtransactions were more apparent than in previous Wolfenstein games, no local co-op (and those who fell victim of finding that out the hard way), and unimaginative level designs may have all led to harsh criticism since its release in the past two weeks.  It pains to write that another Bethesda published game is struggling, after highly anticipated titles that came out before it like Fallout 76 and Rage 2 also fell short of fan’s expectations.  What is concerning is that upcoming Bethesda releases like Doom could be the next affected and fall in line to a pattern.

If you look on to the PlayStation page for Wolfenstein: Youngblood, you’ll see a blurb that includes a positive extract from ScreenRant that states, “Co-op that redefines the franchise”, but then we later see from them on Metacritic.com with a sudden change of heart stating, “The fact that the game is designed around co-op adds another annoying issue in that it can’t be paused, even if there is one player and the system is not connected to the internet.”  Besides ScreenRant, several other reviews address similar gripes about the game.  Ironically, Gamepro Germany gave it a higher score of 77.

So when we put our consumer caps on, we can remember positive statements and built up hype from showcases like E3, might be a chance a game uses to coast with higher notes on its IP but critical acclaim may not be always up to date.  Being a shorter game and for the price, could be a positive factor for the spinoff title and to play Wolfenstein with a friend is a feat in itself.  Still, this may be a title to hold off until it hits a sale.

So do you agree with the latest feedback and were disappointed as well?  Do you worry about future Bethesda titles falling into the same pattern?  Or are all of these critics full of it? Tell us in the comments.