It’s October, and that means its finally cool enough to spend time outside without feeling like you are getting dutch ovened by Satan himself. Have you ever tried sleeping in a tent while camping during a heat wave? It’s impossible! Now, I like to make myself scared before camping to add an element of intrigue to being in nature. Are you really having fun if you aren’t staring into the dark woods wondering what is out there? These are a few movies to watch to prep for any fall camping! I tried to pick my favorite popular films and also some lesser known gems that maybe you haven’t gotten to see yet! 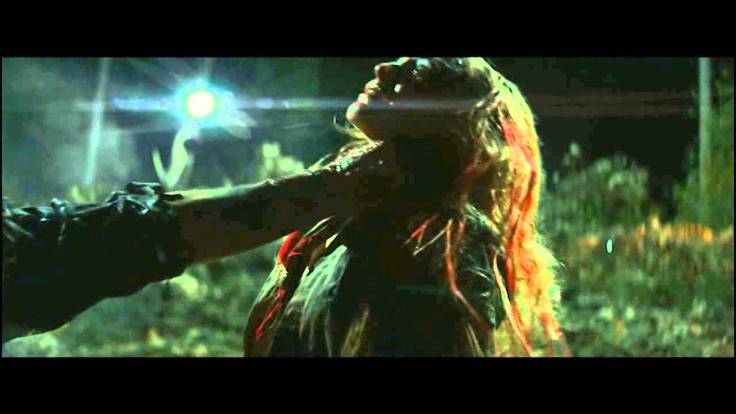 Cub (Welp) – 2014
To start off this list we are dressing up in our cub scouts uniform and watching the 2014 Belgian horror movie Cub. This gorgeously shot movie is centered in the remote woods and a scout group looking to set up camp. I don’t want to give too much away, but it has some brutal scenes and is worth a watch. If you can imagine the movie Home Alone as a horror movie, set in the woods, you might get some sort of idea of what is in store for you. I found it available to rent on YouTube, so pop on over there and check out this lesser known horror flick!

Sleepaway Camp – 1983
Where do I even start. I was on a mission this fall to watch horror movies that I have never seen before, so I have been searching high and low for gems I have missed. That is where the 1983 film, Sleepaway Camp comes in. Usually when you see teen slasher movies all of the actors are like 30 years old playing 16 year old kids. In Sleepaway Camp, the actors are actually young, which is jarring given some of the jokes and scenes. This movie isn’t really scary but it is a great popcorn movie to watch when you are looking for something a little more genuinely 80’s than the new season of American Horror Story. The ending to Sleepaway camp is just something you have to watch!

Cabin in the Woods – 2011
So after watching a few classic camping movies I thought it would be fun to throw one in that is a bit of a palate cleanser. Cabin in the Woods is like a love letter to anyone who is a fan of horror movies. A very bloody and at times, resentful love letter. But still very entertaining.

After watching dozens of scary movies over the last few months, Cabin in the Woods feels like an appropriate way to look behind the veil of the reoccurring tropes in these films. The movie manages to call into question, hey, why do we all love watching people theoretically die? What would you do for the “greater good”? What prop in the cabin’s basement would you have messed with? I know that I would have thrown the hellraiser ball far far away, not going to trick me! Cabin in the Woods, like Drag Me to Hell, has endless re-watchability and will always be a staple of my Halloween movie list!

The Burning – 1981
Let me admit that the interest in this film stemmed from the artwork I saw for the movie. Specifically I spotted a Mondo print that was gorgeous! So I figured, if Mondo was inclined to have a print for this movie, it probably is worth a watch. The Burning has some pretty awesome slashing scenes that will make seeing a canoe on the lake a very ominous sight. Overall this is a great movie to watch if you are into seeing some lesser known 80’s horror.

Hot tip, I found the Burning movie available to watch fo’ FREE on YouTube! Put your hands up if you are excited! Ha! Chopped off your fingers like hot dogs boy!

The Ritual – 2017
The Ritual is film based on the 2011 novel written by Adam Neville. This movie puts you in the shoes of a group of guys hiking through Sweden after the loss of one of their friends the previous year. The wilderness trip was meant to be a way to honor their friend, but it quickly turns into a hopeless shit show. The landscape is all at once beautiful and also starkly dreadful. All of those woods, all of those trees, a monster lurking, stalking, was that a hand? No one knows. Stay out of the WOODS!

Evil Dead – 2013
You know, I couldn’t end this list without it, Evil Dead! Any of the Evil Dead movies are quintessential to the cabin/camping sub genre. Evil Dead 2 is really funny and always a fall time favorite. If you want to get the anxiety going before a big cabin trip, the 2013 remake is my choice. I was so prepared to not like the remake, but man this one is really awesome and really puts the fear of demons into you! After you watch this movie you certainly won’t be stupid enough to open and read from any human skin covered books. Also, if your cabin even has a cellar, just get back in the car!

Well, those are a few of my personal choices for good outdoorsy movies to get you petrified before going out into the beautiful wilderness.  Some of these choices are more funny than scary, but still worthy of a camping/outdoorsy playlist. A few more options would be: The Blair Witch Project, Friday the 13th, Secret Window, and Ash Vs. Evil Dead. There are a ton of great options. Tell us some of yours below!